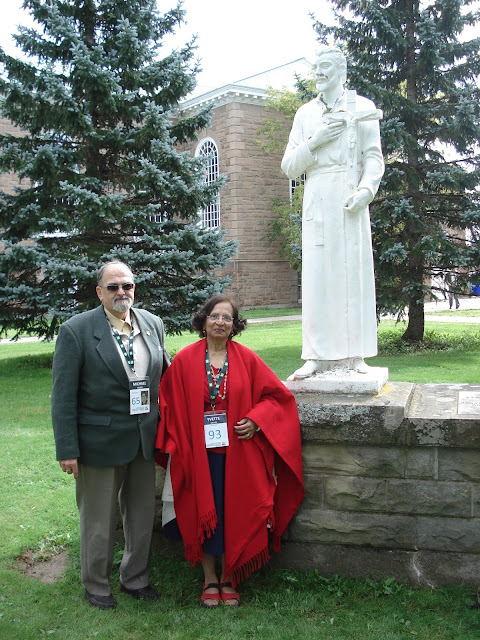 In 1967, Canada's Centennial Year, a certain Canadian, Mike Muise, who was assigned a CUSO teaching job in Kenya two years earlier, climbed Africa's highest mountain, namely, "Kilimanjaro", and planted the Canadian flag at the summit. He had also taken with him a special Canadian Club whiskey bottle to bury in the snows of Kilimanjaro, but this plan had to be aborted when the whiskey had to be used to save the life of a severely
injured climber who had fallen down a steep incline..

When Mike descended the mountain, he proposed, that Christmas Eve 1967, to the love of his life, Yvette de Souza, a Goan girl, whom he had met earlier, in Mombasa, and married the following year 1968… and the rest is history. Their daughter Anna Marie repeated history when she too climbed Kilimanjaro...years later, in the millennium year 2000, and was proposed to at the summit by her now husband David...they were married in 2002.

All the climbers, up to 1967, who reached the summit were rewarded with wreaths of everlasting alpine flowers, and those who failed were given bouquets. Now, as these precious alpine flowers are becoming extinct due to the melting snows of Kili, there are no more wreaths or bouquets to give out…certificates are the only rewards earned. On their wedding day, Mike sent his wreath to Yvette, via a fellow Canadian friend,   declaring his undying love. We still have the wreath....you'll have to come and visit if you wish to see it. Welcome ! Karibuni ! …...[please see attached photograph.]

After their marriage in 1968, Mike returned to Canada with his new bride.
Yvette remembers vividly, the two very kind and distinguished Immigration Officers who welcomed her to Canada and gave her her first official document, namely her Landed Immigrant Status Certificate. Yvette was most impressed. It was a special moment for Yvette who had left behind family, home and friends, an ocean and a continent away, to start life anew in a foreign land.

After spending their first year of married life in New Waterford with Mike's loving parents, and wonderful siblings, they then moved forevermore to Antigonish. It was Mike's mother Sophie Muise who was influential in making Yvette fall in love with Canada, her new home...they both debunked all the myths about mothers-in-law and daughters-in-law as they became best friends for ever-and-a-day.

Mike and Yvette, now retired teachers, are proud of their children's chosen careers, namely...Aleixo, who is a Pediatric IBD/Gastro-enterology Consultant, Research Scientist at Sick Kid's, and an Associate Professor at Med.School, University of Toronto;  his wife Debra Stein is also a doctor at Sick Kids, as Child and Adolescent Psychiatrist for Community Mental Health; Anna Marie and her husband David Lewis both work for the Departments of Environment, and Health Canada in Ottawa; and Joseph is a Senior High Physics and Biology Teacher at St. Thomas More Collegiate in BC, while his wife Kelly MacDonald Phd. is a Micro-Biologist at the University of British Columbia.

Yes, so many memories…so many blessings....so many wonderful people everywhere...so many activities from badminton to curling to table tennis....so many community services including St. Vincent de Paul, and CWL and Girl Guiding including 42 years of Choir work with children at St Ninian’s Cathedral.....so many visitors from COADY and abroad….welcoming newest refugees from Syria...so many siblings and their families.... so many children as pupils, and choir members...so many kind and wonderful Clergy and Sisters too. Also, flanked by their three children and their spouses.... six grandchildren..... and, most of all wonderful parents:- Joe and Sophie Muise, and Aleixo and Laurie de Souza, who laid the strong foundation upon which to build, Yvette and Mike feel truly blest.

1…"Rabiznaz the Red Colobus Monkey and the Crystal Orb of Light in Zanzibar";
2…"Rabiznaz the Red Colobus Monkey and the Jewel from Spain in Goa Dourado";   this, kindly introduced by The Most Reverend Bishop Brian Dunn of Antigonish.
These two Books, written for children and the Young-at-Heart tell about Yvette and her background skillfully intertwined within the story, complete with photographs and illustrations by herself, and handwritten in calligraphic style. You may wish to check out her blog: http://yvettedesouza-muise.blogspot.co.uk/ for full details.

Yvette, Most Proudly presents her two Books to the Museum of Immigration at Pier 21 Halifax, in celebration of Canada's 150th BIRTHDAY 2017 with grateful heart and all her love as she says:- “ THANK YOU CANADA.”

All this, my dearest fellow citizens, family and friends, we share with you today 1st July 2017..... the 150th Year of Canada as we know it. We are truly honoured and blest. 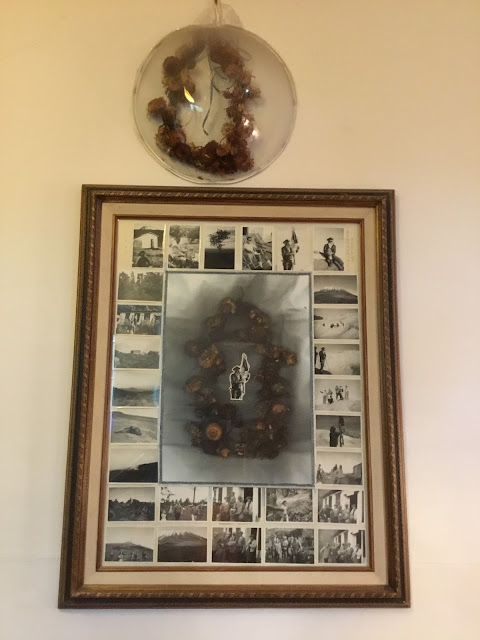